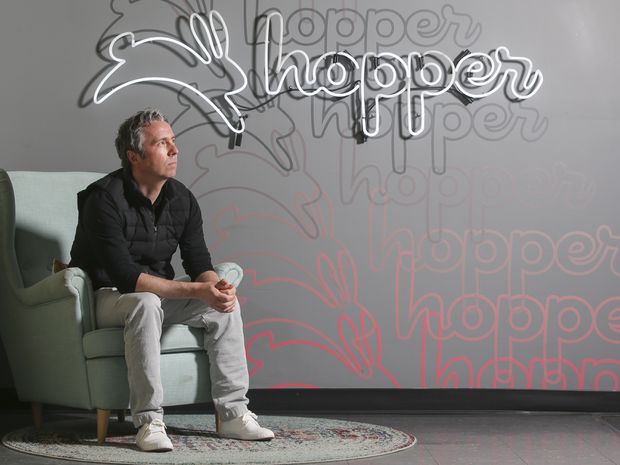 As Americans regain their appetite for vacations, Montreal-based travel startup Hopper Inc. has raised a US$175-million investment that will go toward expanding its team and its fintech services.

The financing, which values the company at US$3.5-billion, was led by GPI Capital, with Glade Brook Capital, WestCap, Goldman Sachs Growth and Accomplice also participating.

Hopper tracks hotel and airfare quotes, and uses artificial intelligence to predict whether users should book a trip or a room now, or wait for the price to drop. It has evolved from a travel company into a fintech player that sells cancellation insurance to travellers, and, for a fee, allows them to freeze the price of a flight for several days. Hopper co-founder and chief executive officer Fred Lalonde told The Globe and Mail 70 per cent of the company’s revenue is derived from fintech services.

“The thing that’s driving all the results that we’re seeing now is the fintech [pivot] that we started before the pandemic, and then focused on in 2020.”

The company is also growing its Hopper Cloud business, a white label product that gives other companies – including competitors – access to its fintech services.

“Demand is completely crazy,” he said. “We basically have deals signed in every continent but Antarctica right now.”

The funding is a sign of optimism from investors that the travel industry is back in swing. When the pandemic turned airports into ghost towns and travel slammed to a halt, Hopper laid off or furloughed half of its staff, and was inundated with customer complaints. In March, Mr. Lalonde called the scenario a “zombie apocalypse.” He said that has since turned into what he calls a “travel supercycle” in the United States, driven by pent-up demand for vacations and growing savings accounts.

In spite of the Delta variant of the coronavirus – which is more transmissible and leads to more severe cases of COVID-19 than previous versions – Mr. Lalonde said the company had the best sales day in its history on Tuesday.

“The momentum is there because the consumers are back,” he said.

In March, Hopper raised US$170-million in a round led by Capital One Financial Corp., and the company was valued at US$2-billion.